A downloadable game for Windows

A surreal visual novel/dating sim style atmospheric game about going to work and meeting someone.

This is a very short game with 4 endings which can all be achieved in about 15 minutes.

This game was made in one day within 7 hours as a personal challenge to myself.

AS ALWAYS I do not usually include jumpscares in my games! this is a jumpscare free game that focuses on atmosphere and dialog rather than cheap scares!

This game was NOT inspired by anything specific. I do not read creepypasta (any similarities to a "jeff the killer" is a disappointing coincidence), the name "John Doe" is based off IRL placeholder names that are used for unidentified people, I did not know about a game called "your boyfriend" when I made it and I have no interest in learning about it.

The game was just supposed to be a silly, campy and purposefully edgy dating sim for fun to play around with dating sim/horror stereotypes and to challenge myself to make a game in personal record time.

TO RUN ON MAC

I do not own a mac, but Ive had a few people test it with my other RPGmaker games and they said it worked!

SOMETIMES AN ENDING ISN'T THE END

F A N T A S T I C ! This game didn't promise anything and delivered everything! 11/10! This game really caught my attention after seeing a Youtuber playing it, and it was easy to download! AND THE BEST, my computer supported the game as liquid! I loved loved LOVED IT! :D (And I also brazilian, I it wasn't so hard to understand the dialougue, thx!)

This was really, really good! I wish the screen was a little bigger upon running, and could go full HD. Other than that, it was a very unsettling game and I loved every moment of it! Played as part of a 3 Scary Games video, timestamps in the description to jump straight to the game!

Pls make a mobile version of these😭 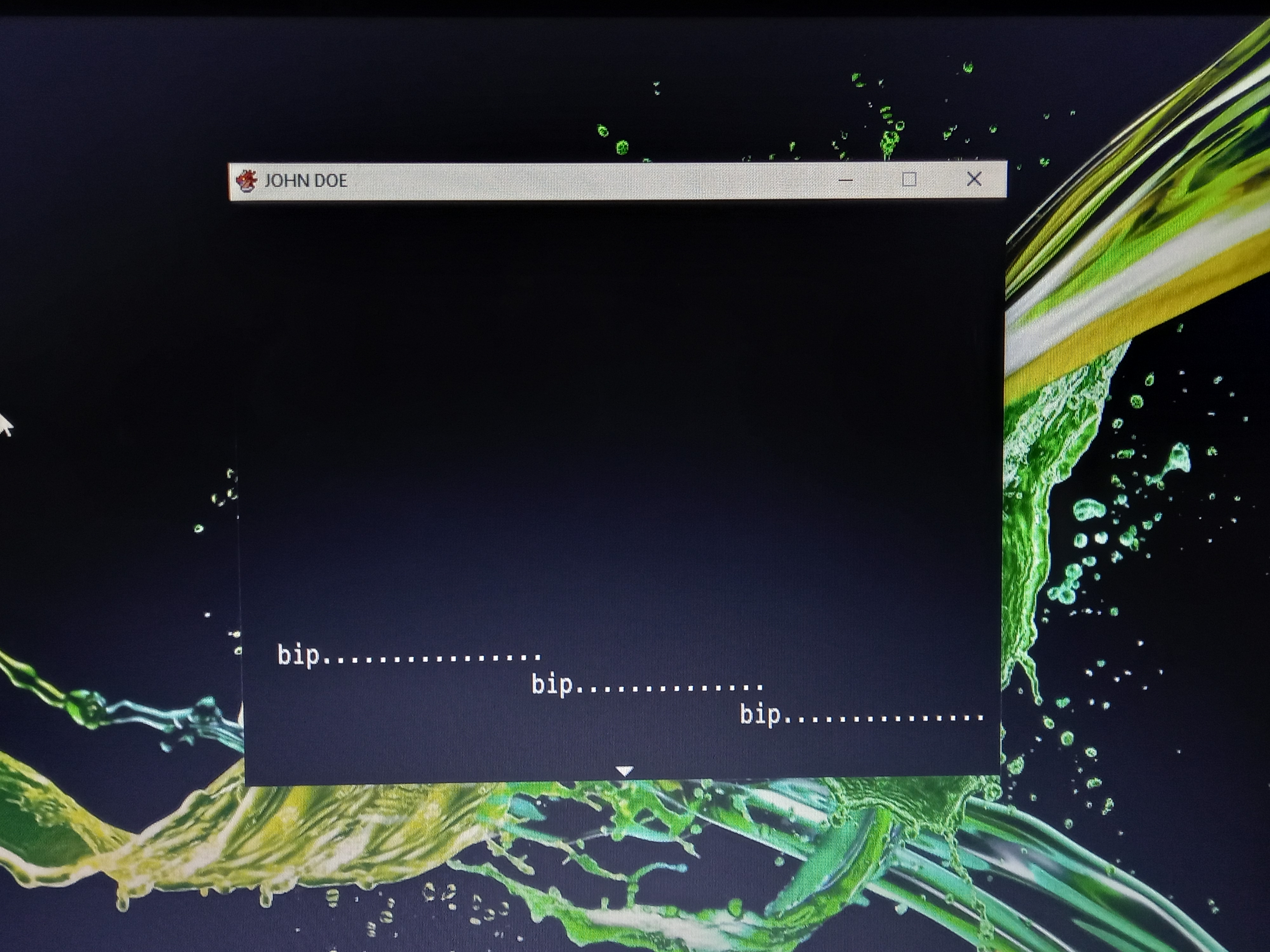 Hi was just wondering if anybody knew how to get this to work on a chromebook? ;-; I've tried alot of things so any ideas would be welcomed!

theres no way for me to currently make a mac version as the rpgmaker engine doesnt support it :(

oh ok that makes sense thanks for replying

Heyyy i did a short video of my first playthrough of the game and i wanted to share it bc i fell in love with Doe, i couldn't help it so yeah, most of the video is me simping over him.

Anyway here it is and i just wanted to say that i totally loved the game, the atmosphere and obviously the character <3

(sorry for the poor audio quality and volume :<)

why did u make him hot?

hi, it seems i can´t play the game, and my computer is a windows, i opens but when i click in "new game" it does nothing. Pls help me

ok nvm im so stupid, i dint know its was the enter thing and i clicked with the mouse, nvm then sorry

HAHHAH SAME THING WAS FOR ME

Reply
Alieann80 days ago (1 edit)
Loved the game! Thank you so much for sharing. It was a great visual novel/interactive fiction story and I loved the different variety of endings.

Great game and great design. Amazed at how many endings there are!

Reply
Let's All Get Along~93 days ago

My heart was beating at odd times as I played this game, it was so surreal and unsettling. Not only from the background images and the music but also because of how odd the dialogue was especially with John Doe's design, it felt like he was looking straight at me. Amazing game, I'm so glad I finally got off my lazy ass and played it! Now let me go and calm my heart down before I keel over.

So I finally decided to give this game a shot and let's just say I'm thoroughly impressed.

I love this game and wish I could play it! I absolutely love Doe,for not talking much to you in the beginning,the endings really show you how much Doe had reacted to your actions. Doe is very much the definition of skrunkly and I love him. I could say I love him so many times it’s just a thing now. I was actually introduced to this game by my friend in a Creepypasta server,so even if he isn’t based off of a Creepypasta I bet a lot of people in the fandom would love to experience this,whether it’s through video or game. Anyways even if you don’t see this essay of a comment,just to let you know,I will forever love Doe because he is great and I think everybody should think that

Desperately wish I could play this but it doesnt have am android version;n;

omg this game is so fun!

I thought this was going to be a satire on horror games... great work nonetheless

Well, it kind of was, but it was totally psycho as well 😅

I wanna play this game but I don't have laptop/computer

MY YT NAME IS OVERCOUCH PLEASE SUBSCRIBE AND I HOPE YOU LIKED THE VIDEO!!!!

how do i play it for me its not working

hello! Im really interested in playing this game, but it says I cant play it since it wont run on Chrome OS, do you know what I could do? :(

hello, i use the downloaded itch.io to play those games, it might work better way to do that, good luck :)

Reply
Your Game130 days ago(+1)
This was AMAZING! Just absolutely incredible!
Reply
Scopophobia Studios130 days ago

thank you so much!

hi~☆i played ur game recently and i really like doeeeee！！(or love？haha,whatever,i've already taken him as my husband lol)i just like that someone only loves me cuz it makes me to think im still worthy and good enough =(

and its my first time to write such a long things,i dont know how to say this but im excited,u know.anyway ur game is splendidddd！！i hope the story of the series could keep updating(the worldview is novel and im interested in it ^O^ of crouse my interests are all in john doe ^○^)by the way ,would u make some merch about doe？i just wanna have something about doe

i sincerely wish ur game will becoming better and better！！

i wish u could see my message

and have a good night 😘

oh thank you so much! it means a lot to me that you enjoyed it and like my characters >w<

i have some big plans for doe + the universe so its definitely not dead :D

i do make merch! im waiting on a merch order rn, but i have a bunch of things planned, you can keep track of when i release stuff on my etsy-

plus i do have doe shirts here-

hey,its me again.i cant get access to ur sitesT_T im being blocked by the firewall.could u give me ur access？

you need to open it on win.rar

the neuralblender backgrounds are so cool<33

Can I download this game from my mobile phone?

for my part, I'm looking for his real name (either it's really john doe or you have to look in the background to find it)

then, being French, I would like to know the French equivalence of his voice

theyre not ur daddy ask ur parents kid 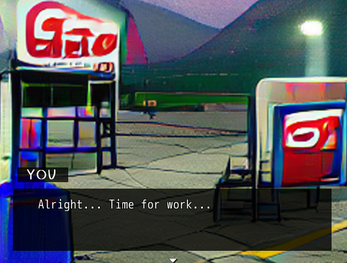 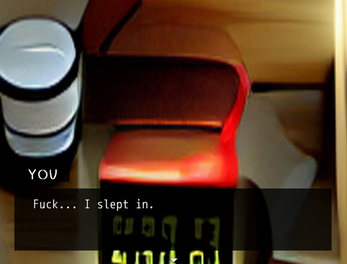